Having studied at Durham and Oxford Universities, Nick spent 20 years working in independent schools, occupying a number of senior management positions before being appointed as the Director of The Cricket Foundation in 2003. At The Cricket Foundation, Nick devised and implemented the Chance to Shine campaign, launched in May 2005. Chance to Shine aimed to raise £50 million in order to regenerate competitive cricket throughout state education in Britain - the campaign raised £35 million in four years prior to Nick's departure.

In 2009, Nick co-founded Cause4, where he worked with a range of individuals, charities, schools and social enterprises before founding Aureus in 2013. His passions lie in sport, education and community projects which tackle important social and educational issues.

Outside of his professional work Nick is Chairman of RESTART LIVES, a homeless charity in London, Chairman of Hoddesdon Cricket Club and a trustee of a prison mentoring charity. He is still heavily involved in cricket, curently serving on the MCC Committee; he reads books, enjoys theatre, is considered an accomplished speaker and, as a committed independent, takes a lively interest in politics. 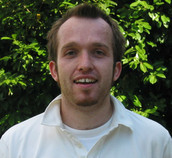 Duncan has worked in the music industry since 1999 and has managed some high-profile bands and musicians. More recently he has also been extensovely involved in managing Shoreditch Design Rooms, a social enterprise providing training in upholstery.

Inside Aureus he brings a deep understanding of the ever-expanding and ever-changing use of social media platforms whilst developing and delivering creative marketing ideas and projects across a number of different platforms.  He offers social media training, helping individuals and organisations of all sizes to realise the potential that exists through effectively social media activity.